Pradhanica is a contemporary Kathak dance stage production composed by Guruji in collaboration with his senior disciple Jin Won, a professional Kathak dancer, choreographer and percussionist. Pradhanica (meaning a female leader) is a Kathak dance and world drums ensemble in which Guruji composed Indian rhythms for the African djembe, Spanish cajon, and Indian tabla and sitar. In particular for this production, he explores the possibilities of expressing emotions such as anger, joy, compassion and peace through rhythm and movement. The performance features Jin Won’s choreography showcased in three sections: the pure rhythmic aspect of the dance form, the expression of emotions through rhythm and movement, and a traditional Kathak dance performance along with entertaining interaction with the audience.

Some of the notable performances were held at locations such as  Manhattan Movement and Art Center, Drive East, The Festival of South Asian Music and Dance at La MaMa, Lone Tree Arts Center, Colorado, Musikfest in Bethlehem, PA, and Annual Princeton Festival at McCarter Theater in Princeton and numerous other locations across the state. 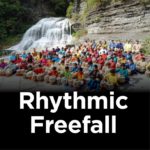 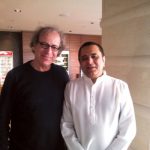